The aim of this study is to examine the levels of commitment to sports and the conditions that affect academic success of students who have undergraduate education in sports sciences and are interested in various sports branches at different levels. On the basis of the study, it was tried to evaluate the contribution of sports to academic success by examining whether the students did sports or not, the type of sports they did, the years of doing sports, their success in sports and their level of commitment to sports (SCL). Çanakkale Onsekiz Mart University, Istanbul University-Cerrahpaşa, Adnan Menderes University, Selçuk University, Sakarya University of Applied Sciences and Trakya University students participated in the study. As the study group, a total of 327 students, 125 females and 202 males, aged 18-29, studying in different departments of sports sciences faculties, participated voluntarily. In the study, the Sports Engagement Scale (SES) developed by Kayran, Bardakçı, and Caz (2020) was used as a data collection tool. Academic achievement statuses were evaluated by taking the weighted grade point averages of the students into 3 groups in a 4-point system. SPSS 18.0 package program was used in the evaluation phase of the data. The arithmetic mean (X̄), standard deviation (SD), frequency (N) and percent (%) values of descriptive statistics are given. It was examined whether the data showed normal and homogeneous distribution, and appropriate parametric tests were applied by looking at the kurtosis and skewness values. According to the findings of the study, a statistically significant difference is observed in the SBD scores of the gender variable and in the SBD scores of the licensed sporting status variable in the comparisons of the paired groups. When the data are analyzed according to the department of education variable, a statistically significant difference is observed in the SBD scores. When the data is analyzed according to the sport branch variable, there is a statistically significant difference only in SBD scores. As a result, a relationship was found between SBD and academic achievement by gender. A relationship was found between the status of doing licensed sports and SBD and academic success. 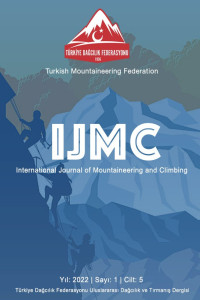